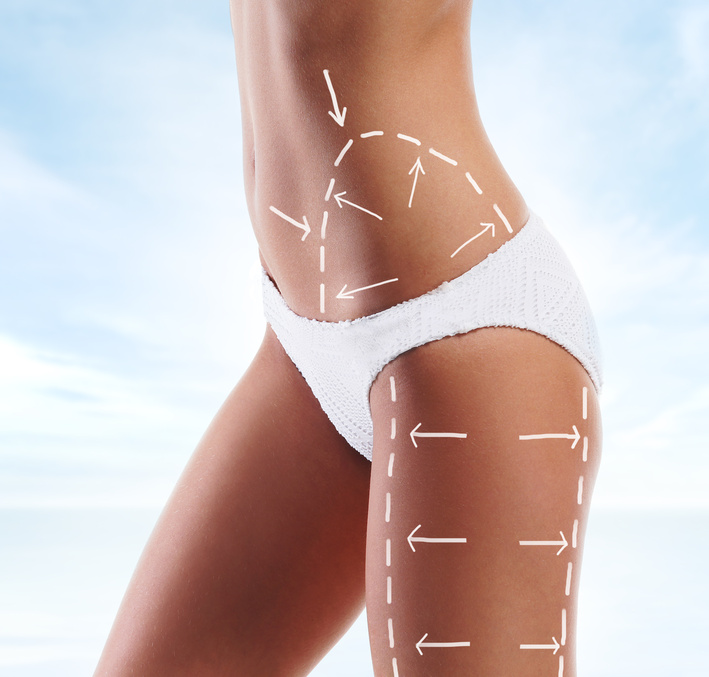 In the United States alone, there were more than 11 million surgical and nonsurgical cosmetic were performed in 2013, this meant an increase of 12% from 2012.  That makes it more poplar than breast augmentation and even Botox. Nearly 91% of those procedures were performed on women.

Liposuction is the most popular cosmetic surgery offered today.  Between 2012 and 2013, the number of these procedures went up by more than 16%.  What makes this procedure so popular?  It works.  Recently, the Journal of the American Society of Plastic Surgeons polled liposuction patients and found more than 80% were happy with then results they got and more than 75% would recommend it to a friend or family member (or significant other!).  Many who saw photos of people treated by liposuction before and after were shocked at how great the results were. Liposuction is reshaping bodies throughout the world.

Here are three reasons many people are turning to liposuction:

1. Working out won’t always do it.  Some people lead really healthy and active lives but exercise alone won’t get them then results they want.  Dieting won’t do it. Why aren’t they losing that fat? That’s because our genes control how many fat cells we are born with and where they are placed.  Sometimes fat is just in a place that is resistant to working out.  When we gain weight, our fat cells expand (unless we are really obese and then we do gain cells) but if that stomach isn’t as flat as you want it to be, it could be your genes. Evolution did not design people to lose weight but to gain it.  Some of these people benefit, too, from metabolic testing but even they admit looking at friends’ bodies who had liposuction before and after said they looked better after.

2. Dealing with those trouble spots.  Everyone has them, nearly.  Maybe your legs and arms are super toned but your gut is not what you want it to be, well, then maybe abdominal liposuction is for you.

3. It makes people feel better about themselves.  At least 98 percent of women have cellulite and they hate it.  Cellulite reduction is a great bonus of liposuction.  They often ask, will cellulite reduction work for me?  Yes!  This is a great cause of stress for many women. Anytime we feel we look our best, we feel more like it to.

When considering this procedure patients look at others who have had liposuction before and after and are amazed by the results in how people look but also how they feel.  Today’s society is vain.  We all want to look our best. Liposuction is not just for women, many men are getting nit now for all the same reasons. It’s popular, safe and may be the thing to help you get that body you’ve always wanted. Read this for more.

Get a liquid facelift, Get rid of cellulite, Will botox help me